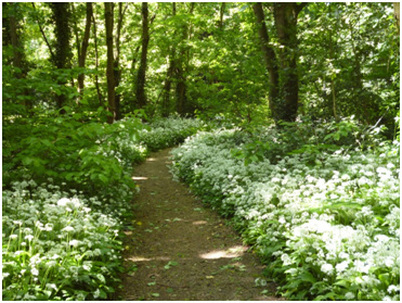 It follows that there should be no shame in finding that your mental health is fragile or that there are limits upon it that you need to respect.
Our mental health is fundamental.  It may not be putting the cart before the horse to say that without mental health we can not enjoy physical health.  But like the air we breathe it is invisible and for too many of us we only come to appreciate it when we lose it.  And it can be like being left gasping for air. For many of us our mental health is something we have always struggled with, making fatuous questionnaires that ask us if our mood is lower THAN USUAL or if we are less interested in our appearance THAN USUAL totally inappropriate.

But let’s reverse it and think about positive mental health now!  Visualise mental health - what is it to you?  Think about this vast reservoir of energy, this dancing serpent that is your birthright.  Like all things in nature I think that our mental health is dynamic and finds its own way. I also think that it lights up at being attended to.  Being made of awareness itself, it is particularly amenable to awareness being shone upon it.  And it can not be divorced from spirituality.

Hearing voices that are distressing or distracting are one of the ways stresses, traumas and abuses take their toll.  Voices can be a bit frightening or actually terrifying but hearing voices in its self is a normal experience.  There are more people in our society who hear voices and live “normal” lives without any medical attention or supervision than people considered to have a mental illness.  And when voices become problematic there is a reason for them.  Often they can be messengers bringing difficult things to awareness.  Dismissing voices and what they say as nonsense is not helpful.  They are real to the person experiencing them just as what is happening in anyone else’s head is real – how is one person’s experience real and not another’s?  Voices may be heard inside or outside the head and many people believe there is a spiritual element to their voice hearing which is of paramount importance to them.  The Hearing Voices Network recognizes that all voice hearers are the experts of their own experience. It challenges the dominance of the use of psychiatric medication for “chemical imbalances” which have never been proven to exist.  It has been hugely influential in changing the psychiatric consensus which until recently denied voice hearers talking therapies. It is a user-led movement with groups all around the world.
The local Hearing Voices Network meets at PSS/ The Umbrella Centre at 111 Mount Pleasant (between The Feathers and Shirley Valentines, look for the mosaic of an umbrella beneath the sun) on Thursdays from 1.30 - 3.30 most weeks.  Just come on the day or if you prefer to ring first, ring 0151 7080415 or visit our web site at www.hearing-voices.org

The National Paranoia Network is changing people’s understanding of paranoia.  Similarly to voice hearing, paranoia is seen as a natural part of everyone’s experience – who doesn’t sometimes feel all eyes turn on them when they enter a crowded room?  The National Paranoia Network teaches that there is always a seed of truth in paranoia.  It is also a user-led movement.  For more information see http://www.nationalparanoianetwork.org